Welcome to an historic wrestling predictions column here at Enuffa.com!  This Saturday night we'll see the first non-WWE wrestling show since 1960 to emanate from (and sell out no less) Madison Square Garden, the joint NJPW/ROH venture known as G1 Supercard!

Check this off the list of Things I Never Thought I'd See.  New Japan and Ring of Honor are playing the fuckin' Garden, WWE's home arena from its inception till right about now.  This show pissed Vince McMahon off so much he tried to legally cockblock them from doing it (further poking holes in his infamous bullshit line "Our philosophy has always been 'Help yourself, don't hurt the other guy.'").  Fortunately his litigious overture didn't hold any water, and this show sold out in literally minutes.  Not only that, but WWE actually moved their NXT special to the night before, so as to not have to compete with it.  Getting WWE to back down from a Mexican standoff is no small feat.

This show has all the potential to steal WrestleMania weekend (though TakeOver: Brooklyn should be incredible too), and at worst it will leave WrestleMania itself with a tough act to follow.

We have eleven matches on tap (one of which is a pre-show Honor Rumble), five of which by my count could easily be ****+ outings.  Let's get to the picks.

Only a handful of names have been announced for this so far, but since Jushin Thunder Liger is retiring next year I'll pick him to win.  Like the New Japan Rumble this will likely be a throwaway.

Justin: Thunder Liger (see what I did there?)
Landon: Liger 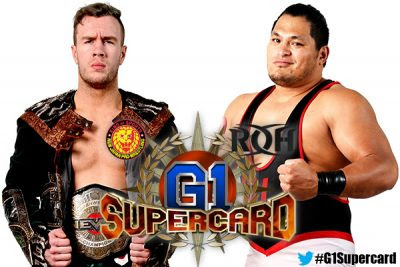 The proper show will kick off with a helluva contest, as Ospreay takes on yet another big power broker (after impressive New Japan Cup showings with Lance Archer and Bad Luck Fale).  Like his WK13 opener with Ibushi, this has the potential to steal the show.  I'm not crazy about the idea of multiple titles on the line in the same match, but I'm not complaining about the pairings.  I have to think Will takes this; his momentum has been off the charts since late last year and I don't think now is the time to slow it down.

Justin: Ospreay
Landon: Ospreay, mostly because I'm biased and want to get a picture with him and both belts during the War of the Worlds tour. 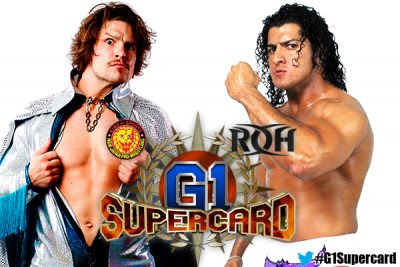 I know little about either of these guys and from what I understand the expectations for this match aren't terribly high.  But we'll see. 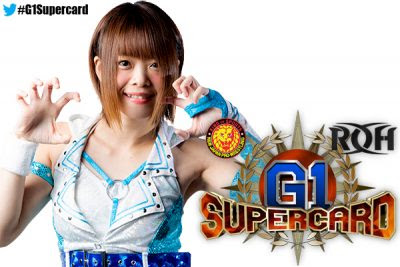 I know little about these two either, but Mayu just won the belt in February so I'll pick her to retain.

Justin: Iwatani retains
Landon: Kelly Klein wins on probably the biggest possibly stage ROH can provide to get their women's division over.


The rumors mostly pointed to Minoru Suzuki winning this, but yesterday Juice Robinson took to social media to answer Bubba's open challenge.  This should be a fun one.

Justin: Gotta go with Juice
Landon: It's a swerve.  Suzuki comes out. 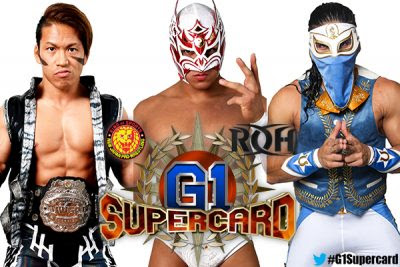 This will be a wild one.  Nonstop movement and tons of high spots.  Everything you could want in a Jr. 3-way. 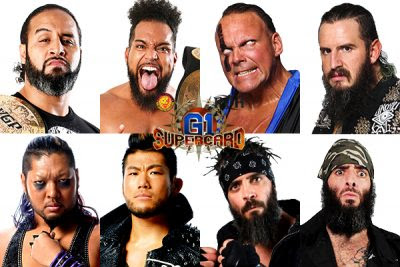 First off, I had ZERO idea Carl Oullette was still wrestling.  That's insane.  Good for him.  Second, this will be another crazy match with one team presumably leaving with two sets of belts.  So someone's gonna have a busy couple of months.  I'll go with the Briscoes to bounce back and forth for a bit.

Justin: Briscoe Brothers
Landon: GOD (This would have been so much better as GOD vs Briscoes) 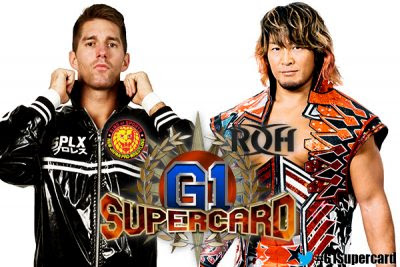 Tana defeated Zack in the NJ Cup, thus he gets a shot at Zack's title.  This will probably be a similar match - Tana's knees are clearly hurting and he's woven it into an angle where he avoids doing the Hi Fly Flow during his matches.  Unlike the Cup match I think Zack takes this one. 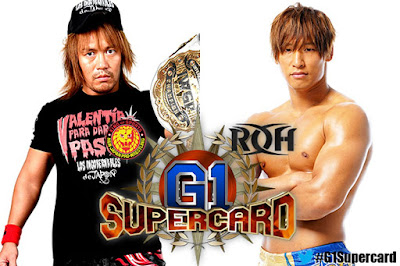 Another match that could steal the show, this is also a NJ Cup rematch from their rather dangerous first-round contest.  I'm expecting something similar to the Nakamura-Ibushi match from WK9, in which case we could be looking at a MOTY frontrunner.  Naito will avenge his Cup loss here. 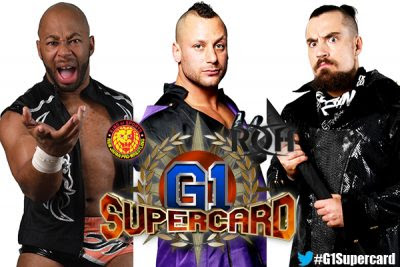 This one will be a lot of fun as well.  Action-packed and full of memorable stuff.  Lethal has held this title since last June, so I could see him dropping it here.  I'm picking Marty Scurll to win his first ROH World Title. 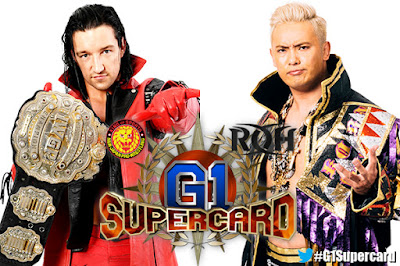 The Jays have it.  But neither of them will keep it.  Jay White has truly come into his own as a top heel, with some strong performances already in 2019.  Like Okada before him he was pushed to the moon after returning from excursion and he learned on the job how to be a top guy, enjoying a two-month IWGP Title reign in the process.  He'll wear this title again, but for now the company's going with the established Ace (who has yet to defeat White in a singles match).  This will be an epic showdown that leaves their WK13 match in the dust.


This MSG crowd is going to be NUCLEAR.  That alone should add a full star to each match.  On paper it may not be as strong as WK13, but I could see this show winning PPV of the Year honors in many circles.  Sit back and enjoy the fireworks.

Posted by Justin Enuffa Ballard at 9:37 AM