Well, it’s that time of year again. When a bunch of people that work in an office are forced by some pushy asshole co-worker to overpay for some shit cookies being sold by a cabal of prepubescent minions in uniforms for a scam “fundraiser”. That’s right, it’s Girl Scout cookie season.

A rainbow of rubbish

This fucking shakedown has been perpetrated on the American public for literally centuries*. These god-awful bullshit cookies are pushed upon you by some doting mother, probably with an asshole name, like Paige or Alice. “Would you like to overpay for some flavorless sugar discs” she’ll say. And lest you be chastised by the whole fucking office, you acquiesce and say “Sure, give me a box of that garbage where the carboard holding the cookies is tastier than the bullshit cookie itself”. Then she’ll say “oh, only one?” and fucking Karen in accounting will give you that look of disdain, like you’re some kind of monster for only getting one box full of plain flour slices (seriously, fuck you, Karen). So you get two. And she says “ok that’s 9 cookies for a thousand dollars, thanks asshole”.

I hate the whole racket. The fake specialness of those awful cookies. The little sprites in their fucking sashes accosting me outside the Market Basket trying to get me to overpay for their dumpster cookies. Uh, hey, Prudence, or Zima or whatever the fuck horrible name your parents gave you, I just came from the super market. I got BAGS of good cookies, sweetheart. Oreos UP THE ASS. Good shit, like Chips Ahoy and/or Deluxe, whatever your Chips preference is, I got it. And there’s a TON of those motherfuckers in very affordable packages. 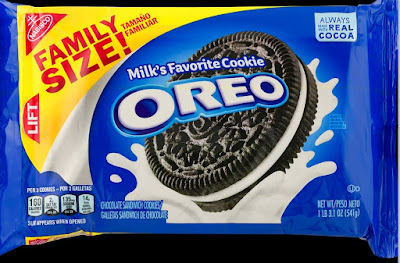 And what the fuck are you doing by the supermarket exit selling cookies? Hey, newsflash Nadia, I ALREADY BOUGHT COOKIES. Why would I get more when I’m leaving? Who the fuck taught you marketing? There’s ZERO chance I’m buying anything by the exit of the place I just left, unless it’s a bar and there’s cocaine. It’s common sense. Jesus Christ.

The Peanut Butter ones—legit, the only decent tasting one, and that’s being kind, because these are still fucking terrible. The peanut butter to “cookie” ratio is waaaaaaaaaay fucking off. It tastes like dried dough with a slight peanut butter texture.

RATING: On a taste of ass to total ass, it tastes slightly worse than ass.

Thin Mints---the fuck outta my face with this bullshit. A thin disc of smashed up toothpaste is what this is. “Oh you gotta put them in the freezer for the best taste” I’m gonna put you in the freezer if you don’t shut the fuck up. When I need instructions on how to make your vomit cookies actually taste good, that means they suck and you should go to hell.

Samoas---“Here, have a bite of racism!” What the fuck is with this name? They’re destroying a beautiful culture by having them be associated with this monster. Caramel and chocolate all mixed up with coconut? I’d rather get a handy from Freddy Krueger than try to down these abominations. 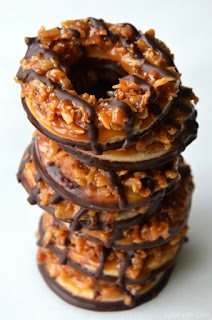 If these look enticing to you, go jump in traffic.