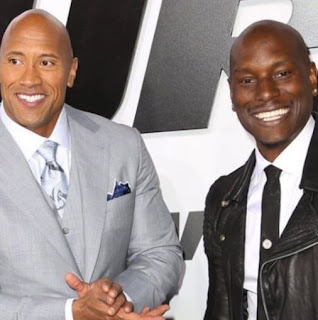 [EDITOR'S NOTE I'll be honest, no one here at Enuffa gives a rat's ass about Tyrese or these movies. In fact, this is all just an excuse for B-Cuddy to bitch about these 8 (fucking EIGHT?!?!?) pieces of shit. Take it away, Cuddy.]

My wife loves these movies so I have had to sit through the last few of 'em. I still love her though cause I'm a helluva guy. Anyways, it's like the Olympics of bad acting. The stories are so over the top and nonsensical, that for any of those morons to think they're irreplaceable is laughable.

Here are the 5 worst performances from the two that I've watched. 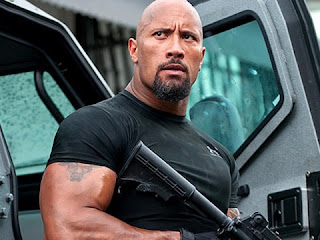 Seems like a nice guy but he has the emotional range of a can opener. Being on steroids has done his career wonders. I bet even Justin agrees with this. I'd ask him about it, but anytime the Rock gets brought up, you gotta wait a while until Justin cleans himself off.  (Editor's Note: Umm, that's Prof's gig).

How is he an actor? And how the fuck did he get cast as the nerdy tech guy?? It would be more believable if my aunt had this role, and she can barely turn the TV on.

Sucks at singing, sucks at acting. He plays the "comic relief" and is always panicking for some reason or another. Which is odd because he continues to be part of a crew who's entire existence is based off high speed chases and explosions and I don't fucking know what else. Perhaps it is actually time for both he and his character to quit. Also, not a laugh to be had. But since he's taking his ball and going home, a spot has opened up. And if you want laughs, hire my man Pickles. He's an actor. (In theory). Just change it to an R-rated flick because there's gonna be a lot of colorful language. C-bombs like ya read about. 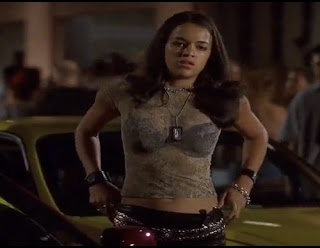 In one of these hunks of shit, this dame gets amnesia. FUCKING AMNESIA. Because when you get 8 deep into a movie franchise, you gotta break amnesia out at some point. I wish I had amnesia from watching her act. The only one who's worse is Vin himself (SPOILER ALERT!). Apparently Vin's character fancies himself a gal on his acting level, and someone who looks like him. No, seriously, they look similar. It's weird. 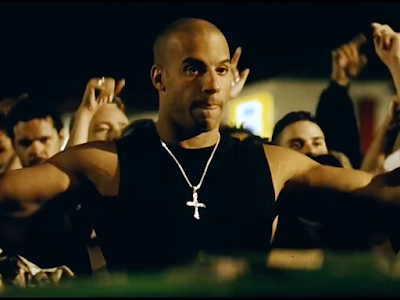 Maybe the worst actor I've ever seen. Its close between him and that kid who turned Darth Vader into a whiney bitch. From what I've gathered between these movies and his dodge commercial, his entire career is based of having a deep voice. And supposedly being bulky? Maybe that worked until the Rock showed up and cucked him into the next galaxy. AMIRITE, Jingles???!!!

I wish I was surprised these movies made money, but I mean, just look at the world we live in now. It's utter chaos.

That's all for B-Cuddy.  Thanks for reading, and join our Facebook group HERE.