Welcome to more PPV Predictions, yadda yadda yadda.  This new PPV schedule's gettin' to be a lot.  And could they seriously not come up with a new name for this one that wasn't already used THIS YEAR?  So 2016 had two Roadblock events.  Not to mention the name doesn't even make sense in this context.  Back in March it was supposed to be a "roadblock" on the Road to WrestleMania.  Now it's just a "roadblock" before we get to 2017?  I don't get it.  Anyway, there's a show this Sunday, it looks pretty decent, and now we're gonna talk about it. 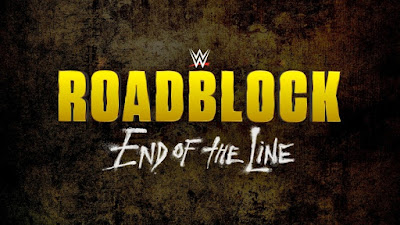 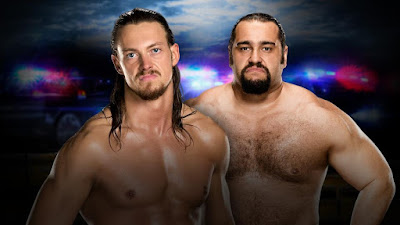 Rusev apparently has no career when not holding the US Title.  This is the second time his stock took a nosedive after he dropped the belt, both times to a former WWE Champion.  And now he's on the pre-show.  This however is Cass's first singles feud, so that's significant for him.  Rusev is supposed to be the heel here but he's been the sympathetic character the entire time, defending his wife's honor against two yahoos who make fun of her (one of whom was actually ready to bang her in a hotel room).  I'll ask this again: who's the babyface in this feud?  The match will be middle-of-the-road I'm sure.  Rusev is a solid worker but I'm not sold yet on Cass as a single.

Justin's pick: If this were on the PPV proper I'd pick Cass, as I know management is high on him.  But since it's a pre-show match only a segment of the audience will be watching.  Seems like Rusev'll get a cheap win to set up a more prominent match later.
Dan's pick: These PPV picks are getting to be a full time job. I think Cass gets the win here. 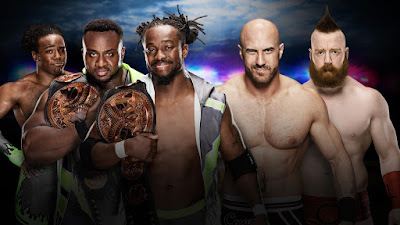 Congratulations to The New Day on becoming the longest-reigning Tag Champs of all time.  It's quite an accomplishment for a trio that seemed doomed with a go-nowhere gimmick when they started.   But Kofi, Big E and Xavier took the ball and ran all the way with it, creating a money-making goofball persona that's moved merchandise like crazy.  This is a tough match to pick.  Conventional WWE wisdom says "Okay, they got to break the record, let's move on now."  But given how well their merch sells and how they seem on the verge of turning heel again it seems prudent to me to keep the belts on them till 'Mania, when a title change would be a huge deal.  On the other hand, how many times can you delay pulling the trigger on Cesaro & Sheamus?  This is a pickle..... 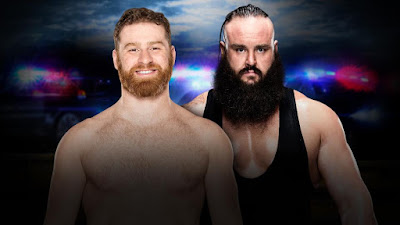 This is stupid.  I'm tired of Zayn being booked as the underdog who barely survives.  He beat Kevin Owens in their feud a few months ago, how is he not in contention for the Universal Title?  He's the best male babyface character in the company, not to mention one of the best mechanics they have.  So let's base his entire gimmick on being in way over his head at all times and on the verge of being traded to Smackdown.  Fuck off with that.  There's no reason to do this match UNLESS Zayn lasts ten minutes, but Zayn shouldn't be booked in situations where it's a win if he simply doesn't get killed.  He should be winning actual matches again. 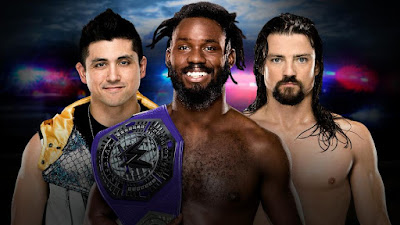 I'm glad they found a more charismatic babyface to head the CW division than Perkins.  Swann actually gets a good crowd reaction and can make the fans care about his matches.  This should be a good spotfest and will hopefully establish Swann as the flagbearer as they elevate some new guys to challenge him.

Justin's pick: Swann retains
Dan's pick: I legit have no clue who these guys are except BK. So go BK. 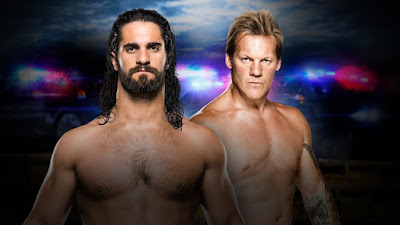 It's the first boss level for Rollins on his quest to get revenge on his former handler Triple H.  I hate that Rollins places a match with Hunter as a bigger deal than beating Kevin Owens for the Universal Title.  Nothing should ever be bigger than winning the top championship.  I don't care whose husband Triple H is.  Anyway this'll be Rollins' first stop on the Road to 'Mania, so obviously he's going over.  Should be a helluva match. 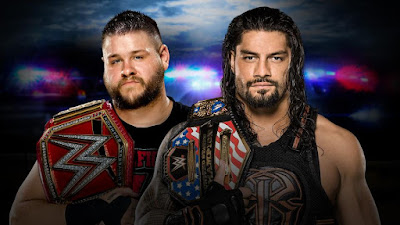 This one I just don't get.  Why is the US Champ going after the big belt at this point?  These two aren't really even feuding, Owens is primarily concerned with Rollins.  Stubborn Vince is still trying to make super babyface Reigns happen.  "Quite frankly, Roman Reigns is so fetch!"  Just turn the prick heel already!  This should be fine as a match.  It makes zero sense for Reigns to win since Owens is Stop #2 on Seth Rollins' itinerary. 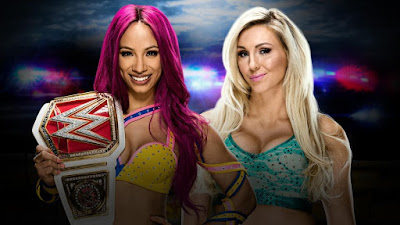 This is the second opportunity for the women to hopefully headline the show.  Their HIAC match was a little disappointing but to be fair, that match gimmick wasn't exactly tailor-made for Sasha and Charlotte's in-ring style.  Not because they're women, but because they're technical wrestlers who thrive in a grapple-centric environment.  Like say, an Iron Man match.  I'm really looking forward to this and I hope Vince gives these two a second chance to main event.  There's way more juice to this feud than to Owens-Reigns.  I'm not sure who wins here, since I've been wrong in picking Sasha every time.  Charlotte is STILL undefeated on PPV but I think the plan for 'Mania is still Sasha vs. Bayley.  So does Ms. Flair win AGAIN and then lose the belt back to Sasha on RAW AGAIN?  And how can you top an Iron Man match as a blowoff?  I think this really has to be it, right?

Justin's pick: Sasha finally retains on PPV
Dan's pick: Dude, if they switch belts again, this is dumb. I prefer Charlotte as the champ because she's a great bitch, but Sasha needs to win to keep this belt from being a joke.

Well there's your lineup.  I like this show on paper, a nice streamlined six-match card.  It's all on the women to carry the workload - this show sinks or swims based on how good the 30-minute Iron Man match is.  Stay tuned for a Monday recap!
Posted by Justin Enuffa Ballard at 10:14 AM