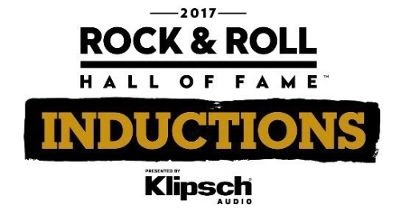 It’s that time of year again when the Rock and Roll Hall Of Fame announces its newest inductees. The Hall of Fame Class of 2017 are Pearl Jam, Tupac Shakur, Electric Light Orchestra, Journey, Joan Baez and Yes, with an Award For Musical Excellence to Nile Rodgers. Here are a few thoughts on this year’s inductees....


Thank God Tupac got in!

My first thought when I saw the list of inductees was “Thank God Tupac got in!” because of all the dipshits out there who think hip hop shouldn’t be in the HOF. Hip hop certainly belongs. The argument that “It’s not rock n’ roll” is a weak argument when you take into account that it’s a genre that was an offshoot of rock music in the beginning, aligned itself within the New York punk/new wave scene and became an integral part of rock music in the late 90s, for better or worse. The mission statement of the HOF is to recognize artists who demonstrate “unquestionable musical excellence and talent,” as well as having “had a significant impact on the development, evolution and preservation of rock & roll.” To suggest that hip hop hasn’t had a role in the development and evolution of rock & roll would be one of the most ignorant thoughts ever. Face it people, hip hop is in and it belongs and Tupac is deserving of induction.

This is the eleventh time disco band Chic has been nominated and rejected for induction. If you’ve read any of my previous entries on the Hall of Fame nominees, you would know that I’m against Chic being inducted. I still feel they didn’t distinguish themselves apart from any other disco group out there while conceding their influence in the hip hop genre is strong and undeniable. Needless to say, I’m not upset that they didn’t get in. However, Nile Rodgers was given the Award For Musical Excellence which “honors performers, songwriters and producers who have changed the course of music history. These artists have dedicated their lives to creating influential, important music infused with originality, and have achieved a level of timeless distinction.” This creates a little controversy that even left Rodgers himself “perplexed.” Of course, the pro-Chic crowd is asking the HOF, “So, Chic isn’t good enough to get inducted but Nile Rodgers, who is a key contributor to the group, is given an award for being original and influential?” To which I say, “Yep, that’s right!” Rodgers has had a tremendous career on his own as a producer, songwriter and collaborator for a ton of artists like Diana Ross, Christina Aguilera, David Bowie, Sister Sledge, Madonna, Grace Jones, Michael Jackson, Duran Duran and Robert Plant. So it’s not as if he isn’t deserving of the award. Just because one member of a band is influential on his own doesn’t automatically translate to also mean the band was influential. Quiet down folks.

College girls everywhere are now celebrating the fact the band behind one of their favorite songs to sing while drunk and hugging their girlfriends, are now Hall of Famers. I don’t necessarily mind that Journey was inducted. There was a part of me that felt in time they would get in. It just seems a bit undeserved this year considering the other nominees.

Jesus. This fucking shit. This fucking shit right here. First, I kind of get ELO in the sense that Jeff Lynne was a close contributor and collaborator of George Harrison and Tom Petty to the point where he was a member of the Traveling Wilburys. So, I’m not totally shocked even though I think ELO sucks ass. But Yes? Are you fucking kidding me here people? So because they were a part of your 1970s high school soundtrack, you think they’re worthy of enough to be in the Hall of Fame? Fuck outta here. The only great thing Yes ever did was change their name from Mabel Greer’s Toyshop.

For me, this was overdue. The biggest argument people have made against Joan getting in was she was mostly known for her covers, which is hard to argue. However, Joan was a key figure in the Greenwich Village folk scene that exploded in the ‘60s, and not only did cut a strong figure with her performances and iconic voice, but she influenced countless number of important artists within that scene, like Dylan, Phil Ochs and Johnny Cash. Hell, she even left an impression on rock gods Led Zepplin and Judas Priest. I like that she’s finally in as an artist. It feels right.

When the inductees get announced, the first thing we notice are the snubs and this year the list is a doozy. First, Chaka Khan. Third time nominated is not a charm for her and I think the HOF needs to take a long, hard look at itself. I was hoping this would be The Cars’ year to get in considering their accomplishments as opposed to fucking Yes, ELO and Journey, but looks as if I’ll have to keep on waiting.

However no other snub stood out like Janet Jackson. I’m pretty surprised she didn’t get in this year considering the nominees. She’s an icon that helped define an era in R&B which is more than you can say about Yes.

Now that the Class of 2017 is in the books, next year’s list of eligible artists is looking pretty fucking awesome. We’re talking Beck, Rage Against The Machine, Radiohead, TLC, Dr. Dre, Tool and Stone Temple Pilots being the most notable. Throw them on top of the already eligible artists like Tori Amos, A Tribe Called Quest, Nine Inch Nails, PAT FUCKING BENATAR (!!!!!!!!!!!!), The Runaways, Alice in Chains, and the rest of 2017 nominees who didn’t get in this year, and there’ll certainly be quite a few people bitching about the HOF on social media.


There you have it! Leave your thoughts on the Class of 2017 in the comments section below. Who would you like to see get in next year?
Posted by Justin Enuffa Ballard at 9:38 AM