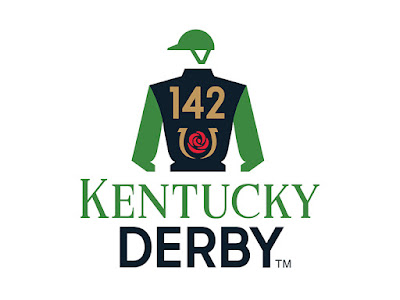 It’s the first Saturday in May and you know what that means. It’s time for "The Fastest Two Minutes in Sports," the 142nd running of the Kentucky Derby. For most folks, it means getting all dolled up in fancy garb and pretending to like mint juleps, but for the degenerate gambling crowd it’s the start of the pony wagering season. And like a true degenerate would do, I got my friends hooked on $2 Win-place-show bets and trifectas so I was the only one walking around with a racing program hanging out of my back pocket. As always, we have a huge field for the derby. Twenty of the country’s best thoroughbreds will take part in the run for the roses and look to copy American Pharoah’s amazing Triple Crown from a year ago. Let me tell you right now, there is ZERO chance for any of these horses to accomplish that. I don’t have time to go over every horse and I know you don’t care so…

Let’s start with the favorite, Nyquist (Named after Detroit Red Wings forward Gustov Nyquist). He’s an impressive colt. Currently, he is undefeated; a perfect 7 wins in 7 races. At this point in his career he actually has more wins and double the prize money that American Pharoah had. I know that’s going to make you think “Well why cant he win the Triple Crown then?” Well he’s also been raced twice as much. That’s a bad sign when he needs to win 3 of the toughest races in just over 5 weeks. The ideal layoff between starts is 6 weeks for most horses. So think about it, he has to race the best challengers in the world with basically no layoff. I don’t see him doing it. He’s got a great shot at winning this weekend and maybe, maybe he’ll get the Preakness but not all three.

There are four grey horses in the field (Creator, Lani, Destin and Mohaymen). Cross them right off. I NEVER bet a grey horse. There is something about them that just doesn’t look right. They look sickly or as if they’ve seen a ghost or something. It creeps me out.


Trojan Nation will be covered on the rail. Nobody besides Derek and Justin like being covered up when they’re on the job. He’ll be a non-factor.

Oscar Nominated, not for his role in this story. He’s a turf horse, why is he even here?

Gun Runner breaks from the 5th post. He comes in with the most points on the Derby trail. He’s only faltered on a sloppy track. His trainer, Steve Asmussen, was just inducted in the horse racing hall of fame. Wouldn’t a Kentucky Derby win be the cherry on top? I see him in the mix for sure.

Suddenbreakingnews has been taking a lot of money. I’m surprised. He’s way on the inside. I see him getting caught in traffic and having to make up a lot of ground down the stretch. I don’t see him hitting the board.

Whitmore, I’m not sure what he’s even doing in this race. I think he was sired by a donkey.

I know I mentioned Lani before because he is grey but he is worth mentioning again. This is a Japanese horse whose behavior is erratic to say the least. The horses in the gates around him better give him a lot of room because he’s all over the place at the start of races. That’s if they can get him to settle down and get in line. This is an interesting spot to run this horse. He’s only won a grade 2 stakes race in Dubai. I’m guessing this is owner’s bravado. 50/50 he doesn’t get scratched at the gate.

Exaggerator will be in the mix. Watch his Santa Anita derby and tell me he won’t be.
https://www.youtube.com/watch?v=24LOuy5OVVo His run in the mud was INSANE.

I really like Outwork. He’s a lightly raced horse trained by Todd Pletcher. He has good closing speed and good Beyer numbers. He’ll be in my trifecta for sure.

Last but not least we have Danzing Candy breaking from way outside in 20th. That shouldn’t be a problem for him as he has the speed to make up that ground quickly and get to the rail. His only bad race came last time out in mud at Santa Anita, no one is going to hold that against him. He’ll be bet down from his morning line of 15-1. I see him leading early and holding on to hit the board.