Today, the world lost one of the great actors, Alan Rickman. He succumbed to cancer at age 69. I’ve watched him in many films throughout the years, but of course, his role in Die Hard comes to the front of my dumb brain. And what better time to discuss the best Die Hard characters ever than today as a sort of memorial to Mr. Rickman’s work? Here we go. 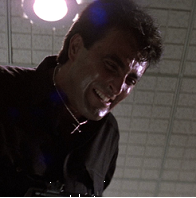 We all know him. He's the shiny, hairy, gold chain-wearing, greasy German-but-sounds-Greek gunman that shows up about halfway through John McClane's first adventure.

He's got some real terrorist hubris, asking our hero "Where are you going, pal?" as McClane evades him while running out of table. It leads beautifully into one of John's most sternly delivered action hero quips.

Wild N' Crazy Guy: Next time you have the chance to kill someone, don't hesitate!
McClane (all sweaty-lipped and serious): Thanks for the advice...

The prototypical scumbag reporter beautifully played by ginger hammer William Atherton (That he didn't play that worm Roger Goodell in Concussion is a travesty). He not only invades the privacy of the McClanes' children but he also singlehandedly causes outright panic by broadcasting about plane hijackings on Christmas Eve! Throughout the two flicks he's in, he spreads beautiful lies and propaganda. In other words, he's got a job waiting for him at Fox News.

This fine American businessman is just caught up in something he's not at all prepared for. He manages to escape the clutches of the terrorists, but he's barely handled a firearm in his life. He's only shot paintball guns! Not much is known about the fate of this almost anonymous patriot, but my guess is his chain-smoking habit did him in. 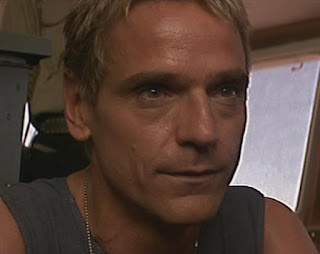 Older brother to another terrorist in the family, Simon sets his stakes on all the gold bullion in New York. Sure, his plot to steal all the money is a tad convoluted and his demise is poorly edited. But Simon is the second-best villain in the franchise so the Gruber parents did something right. 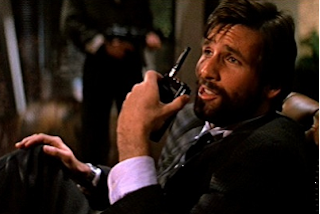 He introduces himself to Hans as his "white knight" and I'm pretty sure he meant literally. This snow-blowing son of a bitch is everything that's right about the 80s greedy stockbroker archetypes. Let's see his credentials: 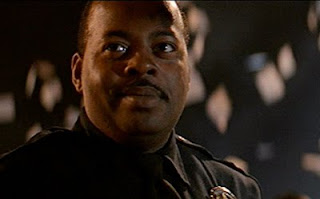 Our favorite Twinkie-eating beat cop, Al was John's partner in two of the five (FIVE?!?! FIVE FUCKING MOVIES??!??) Die Hard films. He's an honest guy just trying to get home to his pregnant wife on Christmas Eve until McClane becomes the fly in his ointment, the pain in his ass. Al's probably the only really nice guy in all the movies, except for his kid-killing. I mean, that's kind of a negative. 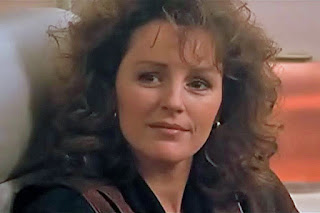 A kick-ass, take-no-prisoners business woman. She might be the most badass character in the whole franchise. Think about it. She was man enough to take McClane's tube steak into her silk igloo at least two times. Then she was strong enough to breed his offspring without her fallopian tubes a-burstin'. Then, THEN she left the manliest cop in AMERICA, stole his family, moved to California and became second in command of the Nakotomi Corporation! She's lucky John didn't hunt her down and blow her away too. 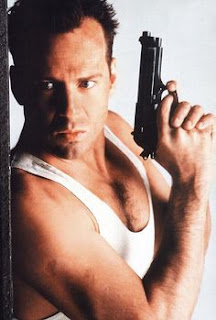 The quintessential everyman action hero. He's a normal John thrown into desperate situations one time...no, hold on, twice...wait, FIVE FUCKING TIMES? Jesus Christ, who is he, Bugs Bunny?  How the hell does all this keep happening to him?  The only movie franchise with more glaring 'coincidences' is Star Wars (Seriously, the galaxy is a big fucking place, why does everything keep happening to the Skywalkers and their pals?). McClane’s been a bit watered down in the last two cartoonish movies. Part 5 is goddamn unwatchable. He’s turned into a Superman character. Awful, painful things happen to him, but he always bounces back. A far cry from our realistic hero cop. But still a great character, especially if you restrict your viewings to parts 1-3. 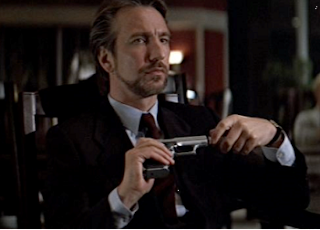 One of the greatest movie villains of all time. This #1 ranking isn't because Mr. Rickman passed away today. No sir. Think about the Die Hard movies. They're only as strong as McClane's adversary. And no one was as scene-stealingly great as the German thief Hans Gruber.  He’s the villain people think of nowadays when thinking of the buttoned down, ruthless killer. He epitomizes a genre of evil doers. Alan Rickman nailed this role, and is easily the best character in the entire franchise.

Posted by Justin Enuffa Ballard at 8:52 AM