RIP My Playstation 3: How To Deal With The Loss Of A Loved One

(Editor's Note: Let's all offer our condolences to Dan Moore in his time of heartbreak.  I'm here for ya buddy.....)

Yesterday was a dark day in the Moore household. There I was, minding my own business, and John Marston's business as well; a standard game of Red Dead Redemption on the good ol' PS3, when BEEP...then blank screen. 'The hell? Glitches happen, what can ya do? I calmly (not at all calmly, I was swearing like a sailor with the clap) restarted the system and then I saw it. The light. The yellow light.  The awful, terrible yellow light of death.  I had heard about this horrible light before and was now experiencing its awfulness. It stared deeply into my eyes, taunting me. This was the light that signals a fatal problem with the motherboard, a death sentence for the system. I was devastated. My old friend was dead.

Our relationship started back in the summer of '07. I'd decided it was time to venture into the future and buy a PS3. I got a killer deal on eBay, the system, two controllers and 7 games for $600. She showed up about a week later and I was instantly smitten. She was gorgeous.  Sure, she was a little plump, but I wasn't wearing skinny jeans either.  We got along great. Many games of Motorstorm were played with friends and multiple beers. Quite a few hilarious games of Time Crisis 4 with my buddy Derek and our favorite all time video game character name, Billy Rush.

But we got really serious when the greatest game I've ever played was released. Red Dead Redemption. So many hours wasted playing that perfect game. She was always there for me, ready to warm up so I could play nine hours in a row of cowboys and Indians. She never judged me either. There's was always another level coming up that was essentially her saying "Yea, stay up, grab another beer. It's only 4 AM, you deserve it."  She was the best.

And then death. It always comes so suddenly. She wasn't even sick. Working perfectly.  But you're never prepared for these tragedies. There's no backup system here ready to play. Nothing. What am I supposed to do, read a book? 'The fuck outta here with that shit. I need pixels and pretend guns to placate my immature brains.

The grief is indescribable. Listen, I've gone through some tough times in life. Deaths of loved ones, a broken marriage, coming in second in Fantasy Football. Nothing compares to this. NOTHING. It's just emptiness. I've got an entire room that's basically useless now. The whole point of my porch is centered around the TV and PS3. Now...it's a blank screen like my blank heart. I'll get over this...somehow...some way...maybe, perhaps this way...where's my credit card? 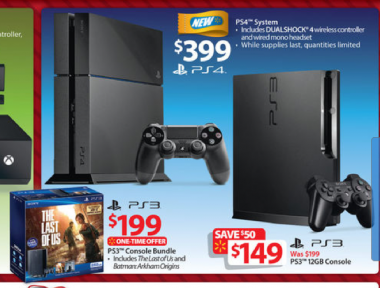 Posted by Justin Enuffa Ballard at 11:58 AM