Aaaand welcome back to Enuffa.com for yet another round of WWE PPV Predictions!

The Chamber is back!  Despite most arenas now boasting electronic scoreboards that make hanging the heavy, demonic structure from the ceiling impossible, WWE found one arena in Corpus Christi that hasn't yet made such upgrades.  Thus WWE is bringing back the Elimination Chamber for this Network "Special Event."

The show was hastily thrown together over the past two weeks but I'll be goddamned if this isn't the strongest on-paper lineup thus far in WWE's 2015 calendar.  Two Chamber matches for secondary Titles, an awesome WWE Title match, and the main roster in-ring debut of the current NXT Champ, against WWE's posterboy no less.  I'm actually very excited about this show, and I hope it delivers on all fronts.

Read more »
Posted by Justin Enuffa Ballard at 11:29 AM No comments:

Could WWE Revive the Territory System?

Welcome to a special discussion thread here at Enuffa.com.  My friends Travis and Jim each came up with scenarios whereby WWE could revive the territory system of old, but all under the WWE brand, in a way that would diversify the product and create a robust farm system for rising talent.  Without further ado, here's what they came up with.....

Travis: Watching the NXT crowd in Florida tells me that the possibility of regional territories remains surprisingly viable, in principle. I wonder if instead of taking a singular NXT brand on the road, Triple H has considered creating, say, up to half a dozen different shows like NXT, each with its own roster and local championships, with one traveling NXT World Champion, too. They could all air weekly shows on the Network, on different days and maybe even at different times, each with a different flavor. Pick cities like Chicago, Philadelphia, Los Angeles, New York, Boston, Corpus Christi or Dallas, Montreal or Toronto, Atlanta or Charlotte, or wherever they have the most distinctive and reliable fan bases. Have them all be feeders for Raw and SmackDown, like the territories fed the WWF – but this time in a symbiotic rather than suicidal way.

Read more »
Posted by Justin Enuffa Ballard at 11:01 AM No comments:

Movie Review: Fury Road, or Why I Love Mad Max

What is it about the Mad Max series that has resonated with me (and many others) for the past thirty years?  Why has its central character endured as an iconic dystopian anti-hero?  Why does this series of films with such barebones storylines and almost monosyllabic characters still inspire such fascination?

I've just seen the latest installment/rebirth, Mad Max: Fury Road, starring Tom Hardy in the titular role made famous by Mel Gibson, and it's left my brain swirling with so many varied thoughts and impressions.  Fury Road is one of the most unrelenting action vehicles (no pun intended?) I've ever seen.  Much like its predecessor The Road Warrior, it has the most basic of plots and tells almost the entire story through dazzling, kinetic action sequences.  Its hero has probably less total dialogue over two hours than one Joe Pesci scene in Goodfellas, and his purpose in the film is to assist Imperator Furiosa (Charlize Theron) in liberating five young women from the despotic Immortan Joe (Hugh Keys-Byrne, who was also The Toecutter in the original Mad Max), a cult leader who has kept them imprisoned as baby factories in his mountainous fortress called The Citadel.  Once Joe discovers his "wives" are missing, he sends his army of War Boys after them, and the extended action sequences take it from there.

Read more »
Posted by Justin Enuffa Ballard at 9:18 AM No comments:

Welcome to a special beer-related column here at Enuffa.com!  Today I'll be comparing and contrasting two local Massachusetts breweries my wife Kelly and I visited over the weekend - Night Shift Brewing and Idle Hands Craft Ales, both located in Everett, MA.  Both companies have been making beer for about three years, but have taken very different approaches.

Visiting these two breweries back-to-back strangely brought to mind the 2006 Christopher Nolan film, The Prestige.  If you aren't familiar, The Prestige starred Hugh Jackman and Christian Bale as rival magicians in Victorian England.  Jackman's character (Robert Angier) is a consummate showman who knows how to work a crowd and present his act in the most entertaining way possible, while Bale (Alfred Borden) is more of an introvert and student of the prestidigitation game, obsessed with creating groundbreaking illusions but initially unskilled at dressing up his act to garner the best audience reaction.  Remember that comparison for later....

Jeez, it's already time for another WWE PPV?  Feels like we just had one three weeks ago.  Oh wait.....  And evidently we'll have ANOTHER of these "special events" in two weeks when Elimination Chamber returns.  Both of these events are free this month on WWE Network, cuz Vinny Mac wants to hook ya! 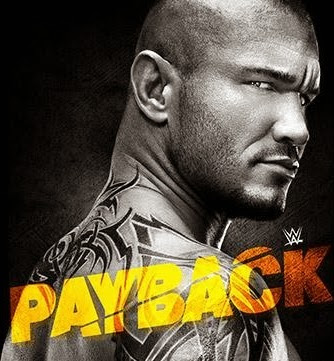 Anyway, Payback looks like a solid if unimportant show.  As of now only six PPV matches and a preshow match have been announced.  I'd love it if they'd keep the lineup to just those six matches.  Big fan of streamlined cards without clutter.  But I'm sure they'll add The Bellas vs. Naomi & Tamina.
***For the 2015 season, Justin leads Dan 11/16 to 10/16.***

Read more »
Posted by Justin Enuffa Ballard at 9:45 AM No comments:

DeflateGate, or How The NFL Learned to Stop Worrying and Love the Mob (Mentality)

(Editor's Note: The following statements are the opinion of Enuffa Contributor Dan Moore and do not necessarily reflect the views of Enuffa.com or its management.............ah, who am I kiddin', he's 100% correct.)


FULL DISCLAIMER: I am from South Boston, Massachusetts. The Bay State. The home of revolutions and tea parties. I am an unabashed Boston sports fan. I love the Sox, Celts, B’s and of course the Pats. I’ll try to be unbiased in this piece but that’s almost impossible as we’re living in bizzaro world with this particular subject so my opinion is a tad skewed. You’ve been warned. Also, I’m gonna swear. A lot.

The NFL has laid down Thor’s fucking hammer on the most successful franchise of this millennium. In the last 15 years, The New England Patriots have won the AFC East 11 times, been to 9 AFC championship games, 6 Super Bowls and have won the big game 4 times, including this year. They are, without a doubt, the cream of the crop of the biggest sports entity in the world. They are also being dragged through the mud by that same sports entity.