Welcome to another edition of Enuffa.com's PPV Predictions.  This Sunday is the annual Night of Champions PPV, and on paper it looks pretty solid.  Unfortunately the company has done literally nothing to excite anyone about any of the matches, with the possible exception of Cena vs. Lesnar.  There’s almost no storyline built around any of it.  RAW was a pretty abysmal go-home show and if anything made this PPV less exciting (particularly the Reigns-Rollins match since we got to see it for free).  Let's get after it, shall we? 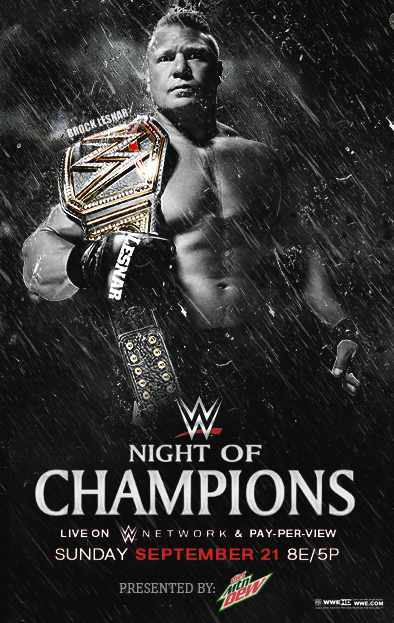 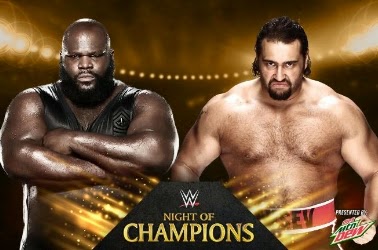 The angry Bulgarian has moved on from Jack Swagger, to literally bigger things.  Mark Henry returned to TV a few weeks ago and challenged the Putin-worshiping powerhouse to a battle of the bulls.  Should be a stiff, hard-hitting match.

Justin's pick: I'm stickin' with the Russkie once again.  I think he'll keep climbing the ladder until one of the uppercard guys takes him down.
Dan's pick: Goddamn this Russian prick. I’m sick of him. But he’s gonna win. 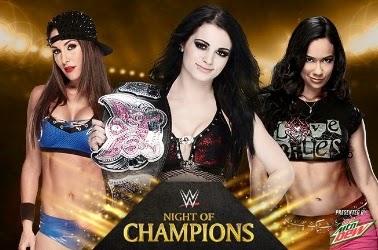 Divas Title Match: Paige vs. AJ vs. Nikki
I'm not sure why Nikki had to be added to this.  She's not great in the ring and she's feuding with Brie (which has made for some pretty unwatchable television).  I'm guessing this will be a tad messy.

Justin's pick: Paige retains, possibly due to Brie getting involved.
Dan's pick: Nikki wins, leading up to the twins fighting each other for the belt in a future match I will not be watching while in the can. 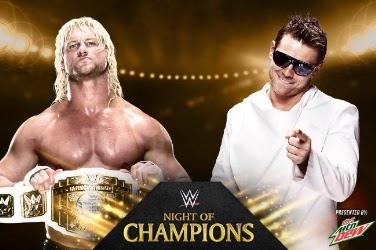 I-C Title Match: Dolph Ziggler vs. The Miz
This match nearly stole the show at SummerSlam so I'm looking forward to another strong outing here.  The I-C belt is near-worthless, but at least it can still be associated with good in-ring work. 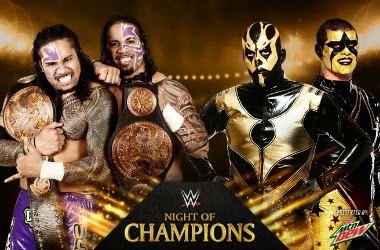 WWE Tag Team Title Match: The Usos vs. The Dust Brothers
Should be a fine tag bout.  These four work well together, and now that Goldie and Stardust are heels there's a clear issue between them.

Justin's pick: Dust Brothers finally win back the gold, and our friend Scott (Goldust's #1 fan) has an accident in his pants.
Dan's pick: I gotta think the bizarre two will win here. 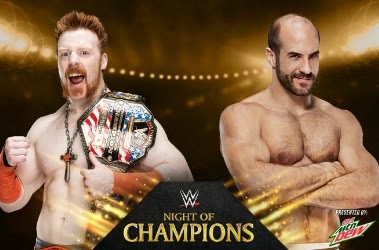 US Title Match: Sheamus vs. Cesaro
This should be pretty awesome.  Neither of these guys has been utilized well in months, but both are excellent power wrestlers.  The US Title is also pretty worthless unfortunately, but again, well-worked matches can sometimes elevate belts.

Justin's pick: Cesaro takes the gold and Sheamus moves up the card.
Dan's pick: Sheamus retains, stays in the midcard. 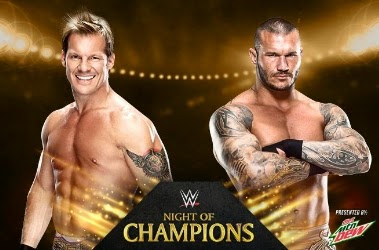 Randy Orton vs. Chris Jericho
This could be the match of the night.  Orton is still one of the best workers in the company, and Jericho is......well, Jericho.  Looking forward to this despite basically zero storyline behind it.

Justin's pick:  Orton wins to send Jericho back on tour with Fozzy.
Dan's pick: Punt punty face-face sends Y2J off to Y2Play with his band. Orton with the win. 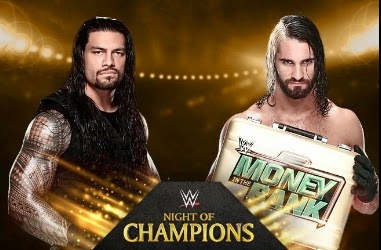 Roman Reigns vs. Seth Rollins
I was really looking forward to this until they gave it away six days early on free television.  I do not for the life of me understand the logic behind that.  As detailed in my “Roman Empire” column from a couple days ago, I'm still not completely sold on Reigns being THE NEXT GUY unless they make some changes to his character.

Justin's pick: Since this match already happened I’m calling for an Ambrose run-in, either during the match which would give Rollins the DQ win, or before the match which would result in another bait-and-switch.  I guess for the sake of an official prediction I’ll go with Rollins, likely by DQ.
Dan's pick: The guy with the long hair will win…………………….oh you wanted a specific name?  Reigns. 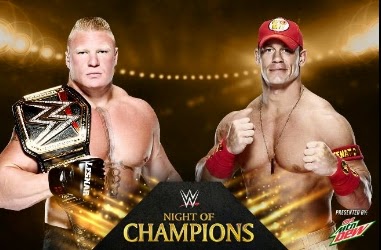 WWE Title Match: Brock Lesnar vs. John Cena
Hopefully this match will be more back-and-forth than the SummerSlam match.  That one was great for the story they were trying to tell, but as a wrestling match it was slightly tedious.  Still Lesnar has been made to look like an unstoppable monster for the first time since he returned, which will be great for whoever finally beats him.

Justin's pick: It won't be Cena, by the way.  Putting the belt back on John would make zero sense.  Lesnar has more trouble this time around, but the result will be the same.
Dan's pick: Lesnar wins, hopefully in a match that won’t make me wanna fall asleep.

And that's all we got.  Hopefully the company can get back on track as far as making the product enjoyable to watch, rather than a chore.  Enjoy Night of Champions!
Posted by Justin Enuffa Ballard at 11:46 AM