From the wrestling-obsessed maniac who brought you the History of WrestleMania series (me, obviously), welcome to The History of SummerSlam!! 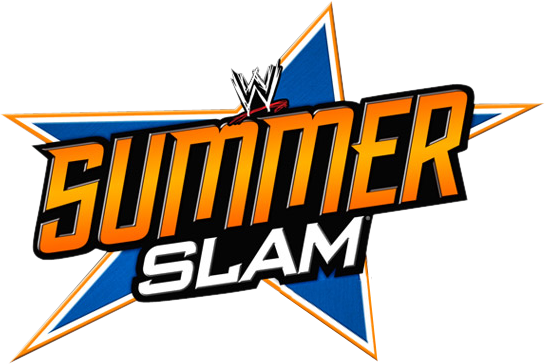 Since 1988 WWE's SummerSlam has been the flagship PPV of the summer season.  More often than not it's the secondary tentpole of WWE's calendar, almost like WrestleMania's little brother.  Storylines are built throughout the season, and when done properly, culminate with the summer spectacular.

As a fan I've found over the years that SummerSlam is almost an underrated series - WrestleMania gets so much hype and attention (and I tend to rewatch those matches so frequently), I often overlook how many great matches and moments have taken place at the #2 show of the year.  Recently during a few hours of boredom I began comparing each SummerSlam to its corresponding 'Mania show (i.e. SummerSlam '88 vs. WrestleMania IV, etc.) and found that over the years SummerSlam has been the best PPV of the year just as often as the Grandaddy.  Many times the little brother has overshadowed his attention-grabbing counterpart.  Don't believe me?  Let's take a trip down WrestleMemory Lane!

The main event of this show was enormous - for the first time ever WWF Champion Randy Savage would team with Hulk Hogan as The MegaPowers against common enemies Andre the Giant and Ted Dibiase.  The announcement of this match blew my 12-year-old mind, as did the addition of guest ref Jesse "The Body" Ventura.  The match itself falls into the same category as Hogan-Andre '87.  Not great from a workrate standpoint but a whole helluvalotta fun.  The angle with Elizabeth stripping down to her skivvies as a distraction was pretty stupid, particularly since they failed to deliver on the promise of a bikini.  But otherwise a fun match.

It almost played out like an extended Saturday Night's Main Event, as though this was a hype show for something else.

One of the most memorable moments was The Honky Tonk Man issuing an open challenge after his scheduled opponent Brutus Beefcake was sidelined with a kayfabe injury.  Instead the red-hot Ultimate Warrior exploded into the ring and made short work of HTM, becoming the new Intercontinental Champion.


SummerSlam '88 may have used the first 'Mania as a blueprint, but it ended up becoming a formula unto itself, as the next three installments followed suit to a certain extent.  It's not a great show by any means, but it's fun to watch and holds up much better than WM1, or WM4 for that matter.

Best Match: Demolition vs. Hart Foundation
Worst Match: Bad News Brown vs. Ken Patera
What I'd Change: I'd probably set up more matches between guys who were actually feuding.  How did Jake vs. Rude not take place on PPV once their feud started?  Yes they fought at WM4 but that was before they aired the angle with Jake's wife and therefore the match lacked any heat.
Most Disappointing Match: I suppose the I-C Title match could've been an actual match, but it got such a pop and was so appropriate for Warrior's character I can't complain too much.
Most Pleasant Surprise: Probably said surprise of Warrior suddenly winning the I-C Title, ending the 15-month reign of The Honky Tonk Man.
Overall Rating: 5/10
Better than WrestleMania IV? - Yes

Posted by Justin Enuffa Ballard at 9:11 AM