Welcome to the official Enuffa.com predictions column for WWE Payback.  This Sunday's PPV is gonna be a tough sell without Daniel Bryan wrestling on the card, but he is slated to be there for his "We He or Won't He Drop the Belt" angle.  I'll include a prediction for that segment as well.  Let's get to it. 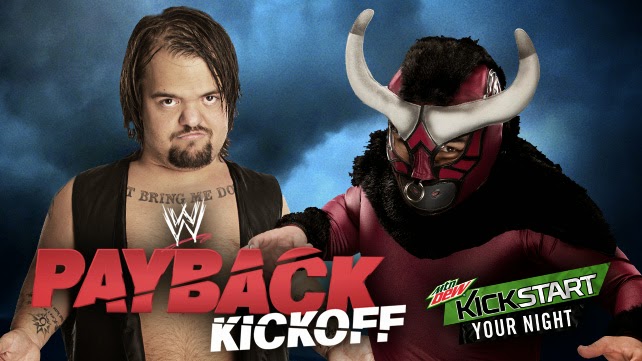 Yeah, don't care about this at all.  Hornswaggle's gettin' a trim. 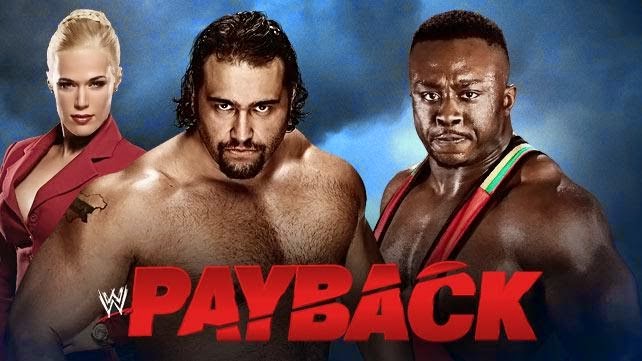 This will be the big Russian's (or whatever he is) first real match.  Could be a decent, if short, power display, and Big E is certainly a game talent.  I'm not sure why his stock dropped so suddenly, but he'll give Rusev some solid offense before losing.

Read more »
Posted by Justin Enuffa Ballard at 9:54 AM No comments:

Welcome to a quick Extreme Rules Predictions column, with me Justin Ballard and my colleague Daniel Moore.  It's pretty straightforward - we'll run down the card and tell you who our picks are and why.
Big E vs. Bad News Barrett - Intercontinental Championship:  Barrett just won an 8-man tournament to earn a title shot.

Justin's pick: Barrett.  There's no way they spent three weeks on this tourney just to have the winner choke at the end.  I liked this tournament and the fact that it made the I-C belt feel like a prize again.  What I didn't like was the non-entity status of the Champion, Big E.  Barrett had to wrestle three times to get a shot at a champion who's hardly been on TV lately.  Makes no sense.  At that point why not make the tournament for a shot at Daniel Bryan's WWE Title?  Also, a couple weeks ago on Smackdown Big E lost a match by DQ to Alberto Del Rio....who was eliminated in the tournament's first round!  If the Champ can't beat a first-round loser that's a pretty lame prize they're all fighting for.


Dan's pick: I’d like to see Barrett win here. I’ve enjoyed what they’ve done with this new incarnation of his character…however, I don’t think they’ll just have Big E dump it here. I think (hope) it starts an actual feud, and the IC belt gets elevated, the way it should be.

Read more »
Posted by Justin Enuffa Ballard at 9:48 AM No comments: