One-on-One: The Future Stars of WWE

Greetings everyone!  Welcome to the newest Enuffa feature - One-on-One, where I'll pose a question to one of my wrestling pals and we'll each give our thoughts.

This week my friend Jim and I talk about who we think are the future stars of WWE.  This year's post-'Mania RAW episode felt like a season premiere of sorts, with new stars debuting and young WWE talent being given the spotlight.  We'll see where it goes from here, but as of now the WWE product feels fresher than it has in a long time (I'd liken it to 1998 when the Austin era began in earnest).

Jim: To me, the biggest star of the next ten years won’t be a person at all.  For the second time, the real biggest star will be a place: the Performance Center at WWE Full Sail University, the home of NXT.

For years, the real biggest star in the world of professional wrestling was the NJPW dojo, in Sendai and later Tokyo.  Look at the great performers who survived to conquer: Asai. Hashimoto. That-shithead-I-won’t-name-but-was-an-incredible-wrestler. Fujinami. Joe. Shamrock. Melissa. Liger.  Too many stars to mention, really.

The thing that doesn’t get mentioned much about the New Japan dojo is its commitment to wrestler safety.  You’ll get hurt there, sure.  But graduate and you won’t get hurt much later, or hurt others much later.  This is a very good thing.

Full Sail wants to be the NJPW dojo.  And it’s already getting there.  Look at the current training staff.  Want to be a striker?  Sara Del Rey!  Want to be a power grappler? Nick Dinsmore!  Want to be a technical wrestler?  Ricky Steamboat!  Want to cut a promo? Dusty Rhodes!  Want to learn all of that stuff in a safe environment?  Google “NXT mat”.

That place will make stars, hell it already has in the Wyatt Family in particular, and that makes the place a star.

If I have to pick someone currently there that’s a “lock” major star, I’ll say Paige.  She’s gold, baby.  But it’s the place. 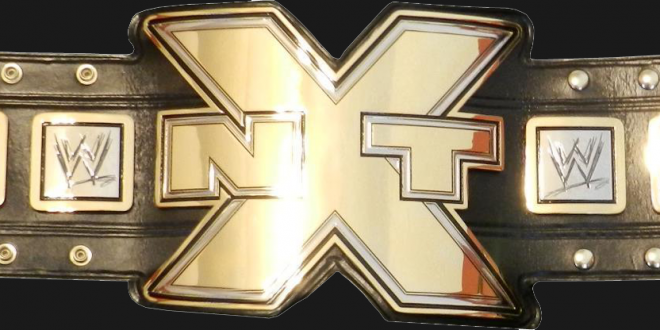 Justin: Well there’s no doubt Daniel Bryan is now a made man.  Only a handful of guys get to stand tall at the end of WrestleMania, and Bryan has obviously joined that elite group.  I love that the overall audience has finally caught up to me in terms of seeing Bryan as an "it" guy.  I haven’t seen a crowd explode for anyone like this since the Austin/Rock days. That was something I really missed about wrestling for about a ten-year stretch – there was no one on the roster that made the building come unglued when his music hit.  It’s still so surreal to see Bryan getting so hugely over, when in 2007 I never thought he’d even be a WWE wrestler.  He was my favorite even back then but I just figured he’d be the top ROH guy for the rest of his career. 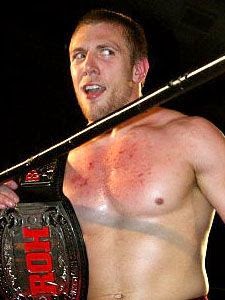 As for the other future leaders, Cesaro seems to be on track to skyrocket this year.  I’ve enjoyed his work for several years but on more of a top midcard level.  In recent months he’s shown me that he’s absolutely good enough to main event on a regular basis (his RAW match with Cena back in February was awesome).

All three Shield members should be headliners in the next few years.  Obviously Roman Reigns is the company’s favorite, and he’s certainly got amazing presence.  But for my money Dean Ambrose is the future megastar.  He’s like a cross between Roddy Piper, Jake Roberts, and pre-WWF Mick Foley.  His indie promos were on par with Foley’s ECW work.  Still the best overall wrestler of the group is Seth Rollins.  He’s fantastic in the ring and not too shabby on the mic either.  It should be a fascinating few years for those three.

Finally we come to Bray Wyatt.  Now I’m still not 100% sold on Wyatt’s in-ring ability just yet.  He had a damn good match with Bryan at the Rumble, but then again he was in there with Bryan.  His 'Mania match with Cena was a solid 3-star outing and had great psychology but was a little slow.
Time will tell if he can produce main event quality matches with other opponents.  But where Wyatt does excel is in playing that character.  Much like The Undertaker or Mankind, he really disappears into his onscreen persona, and guys who truly own their character have always succeeded on some level.

The past few weeks have really felt like a changing of the guard in WWE so I'm excited to see how the company sets the table for the next decade.  Presumably we'll see some more NXT callups in the next few months too.
Posted by Justin Enuffa Ballard at 9:43 AM

Email ThisBlogThis!Share to TwitterShare to FacebookShare to Pinterest
Labels: One-on-One With the Bald One, Wrestling Stuff